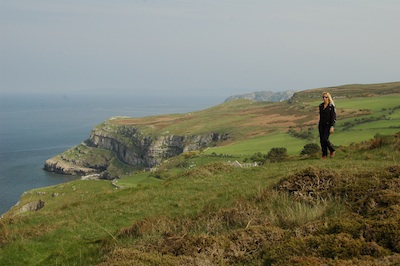 Years ago, when I learned to kayak, an instructor reminded me of the importance of constantly adjusting my actions based on the numerous factors which had an impact on my being safely on the water. Did the wind or current change? Did another boater come across my path? Was I getting tired? Adjust.

It’s something I’ve remembered not only in sport, but also in my daily life. Merely focusing on goals you set at the beginning of a process is rarely all you need to achieve them. You often have to reassess and even adapt, if necessary, when things don’t happen exactly the way you expect.

My fellow Athleta Featured Athlete, Teri Larson Jones, talked about this after her second shoulder surgery. Her important point about never being afraid to reevaluate your goals is something I’ve had to keep in mind, as the past six months I’ve been on the road much more than I expected at the beginning of the year.

In only the first half of 2012, I’ve had the good fortune to learn to surf in Mexico, hike the Wales Coast Path in Wales, float in the Dead Sea in Israel, hike to a boiling lake in Dominica, SUP in Kauai, snowboard and climb a 14er in Aspen, and go canyoneering and mountain biking in Utah. Even the few months ahead are beginning to look jam-packed. But those possibilities are exciting, instead of reminders of how I’m not getting absolutely everything done on the schedule I imagined back in December.

Here’s the plus side to my travels: If I’d stayed home to train more, I wouldn’t have visited some of these amazing places or had all these unforgettable experiences. Taking on the assignments, I made the choice to value them more than training for SUP races. At least, right now that’s my priority.

That said, it’s hard to let go of disappointment in myself when I can’t do everything. Growing up, I remember my parents saying I always tried to do too much. That still may be a little true.

And so, as I look at my 2012 intentions again, I’m encouraged that the SUP racing is the only goal in which I’m behind. I haven’t given up on it, or become frustrated that I’m still not ready to race. I’ve just allowed myself to celebrate the accomplishments and do what I can with the time I have.  So far, 2012 has been an incredible year, so let’s see what else it brings!

How are you holding up? We're eight months into the pandemic in the United States, and many aspects of our lives have … END_OF_DOCUMENT_TOKEN_TO_BE_REPLACED

As quickly as it came, summer’s nearly gone. While I’d love to say I’m finally coming up for air from a hectic period of … END_OF_DOCUMENT_TOKEN_TO_BE_REPLACED

Summer Solstice was just yesterday, and yet it feels as if it's been summer for a while now. At least, I've been … END_OF_DOCUMENT_TOKEN_TO_BE_REPLACED